All about the Grand Canyon in Las Vegas

The Grand Canyon is undoubtedly one of the most beautiful and stunning places in the world. Located near Las Vegas, it is the destination of many people who go to the most entertaining city in the world. The problem is that the Grand Canyon is a little far from Vegas and there are always the questions: Is it worth visiting the Grand Canyon? How far from Las Vegas is the Grand Canyon? Can you make it just a go-return to the Grand Canyon? It's a very beautiful tour and it is very worthwhile. There are several options to go there, either by car, bus, helicopter, and you will need to decide how you will do it. Let's see all the tips for those who want to do the tour on their own and for those who want to make the bus or helicopter ride with specialized companies, plus tips of the best tours, where to buy it and how to get the best prices and incredible discounts. 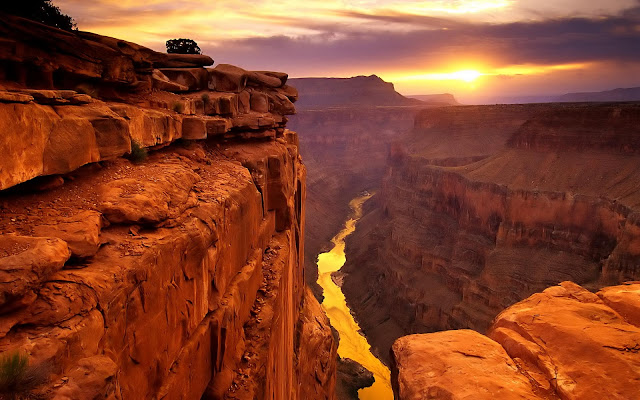 Grand Canyon West, the part that is closest to Vegas.

The West Grand Canyon is the part that is closer to Vegas and the trip to there has a distance of 195km and takes around 2 hours. It is the best option for those who do not want to make a long trip or who do not want to spend a whole day in there. Another advantage of the West, is that by being out of the park area, it does not fit into their rigid laws of preservation and security. It is the perfect choice for a go-return. The tours to the Grand Canyon can be made ​​on your own, or by companies that organize the tours and go by bus with tour guides. To travel there, you will need a car. See amazing tips on how to rent a car in Las Vegas, getting great price comparators with great rates and unmissable tips. A complete article with everything you need to know to make an excellent deal. 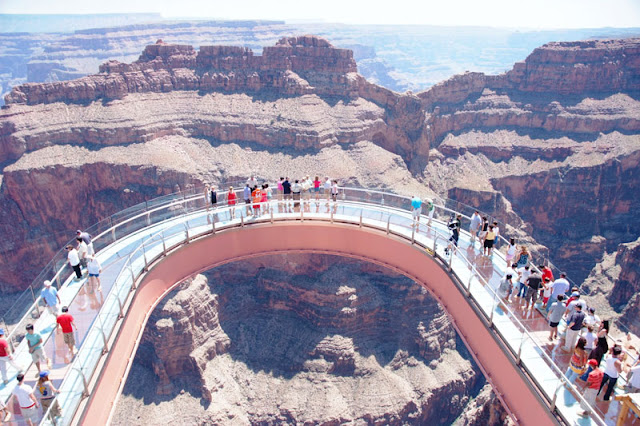 It is in the Grand Canyon West that lies the Skywalk, which is a suspended glass walkway where you can walk and have an incredible feeling to be on top of the Grand Canyon. The ticket to enter the park and Skywalk is $ 87, plus the photo that you will buy in the walkway, because it is forbidden to bring your camera. The Skywalk also has a restaurant where you can eat to regain your strength and return to the tour. It has many companies that offer helicopter rides, rafting and other extreme sports. 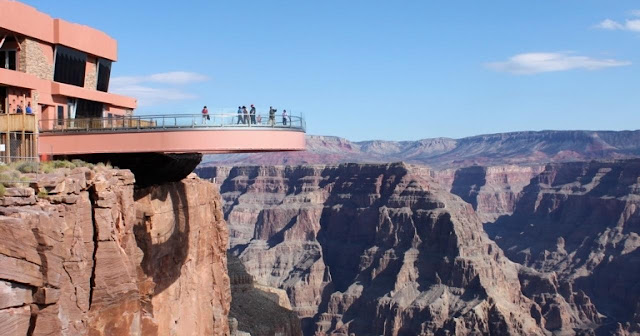 The main and most popular entrance to the Grand Canyon is located in the southern part of the National Park, 450km from Las Vegas. It is the most beautiful and impressive part of the Grand Canyon National Park, but it's a long journey to get there. One option is to sleep in one of the hotels they have in the park or in nearby towns, but you can also do go-return if you feel it’s better and like to drive. A very common thing there is to rent a nice luxury car for a day to enjoy the trip as well. 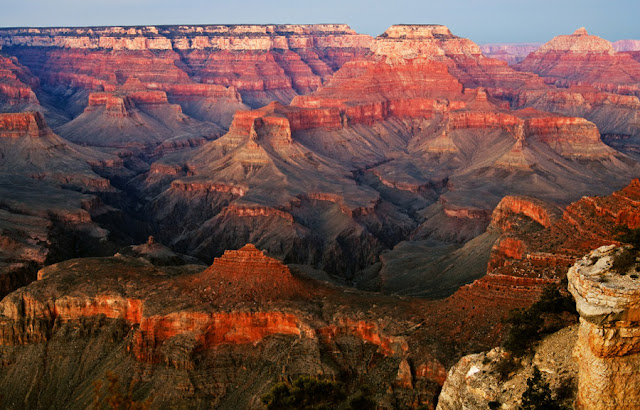 The southern part of the Grand Canyon is the heart of the national park. There are twelve lookouts with spectacular views to take great pictures and see the sunset. The ticket to enter the Grand Canyon National Park costs $ 25 per car or if you are in bus or van, is $ 12 per person. The ticket is valid for one week and is for sale in the ticket office, or in the town of Tusayan, which is very close by. 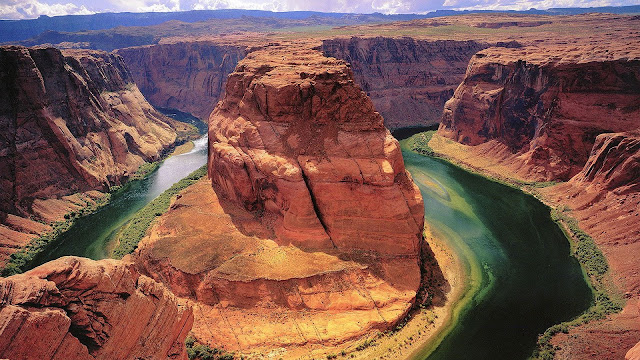 It is allowed to ride the car and stop wherever you want in the Grand Canyon, as long as you respect the signs. An incredible tour to do is by helicopter, which costs on average $200 for a half-hour tour by the wonderful Hall of the Dragon, which is a huge space between two parts of the National Park. The guided tours and geologists can be scheduled at the National Geographic visitor’s center in Tusayan. A cool program is the IMAX Theater that shows, in its giant screen, a movie about the history of the Grand Canyon.

The northern entrance to Grand Canyon National Park is 250mi away from Las Vegas. It is the less visited place by tourists because the amount of lookouts and places to enjoy the views are more limited than the southern border. The northern part is only open from May 15 to October 15, and since it is in a much higher region it is the coolest part of the Grand Canyon. The price of the ticket is the same as the South Rim. 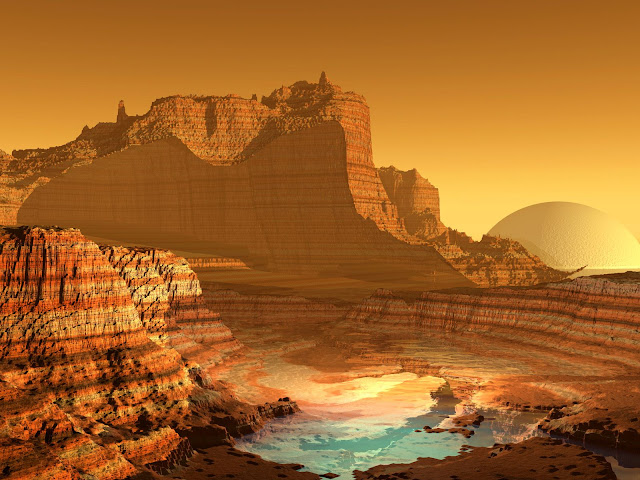 The Grand Canyon Village is the ideal place for those who want to stay there and spend a few days on site. It is a small village with six hotels in the South Rim, which is the most interesting and visited. It has luxurious hotels like the El Tovar, and cheaper hotels like the Brught Angel Lodge and Yavapai Lodge, which is the largest of all. By being hotels in Grand Canyon National Park, bookings must be made ​​up to six months in advance or otherwise they will be a bit more expensive. 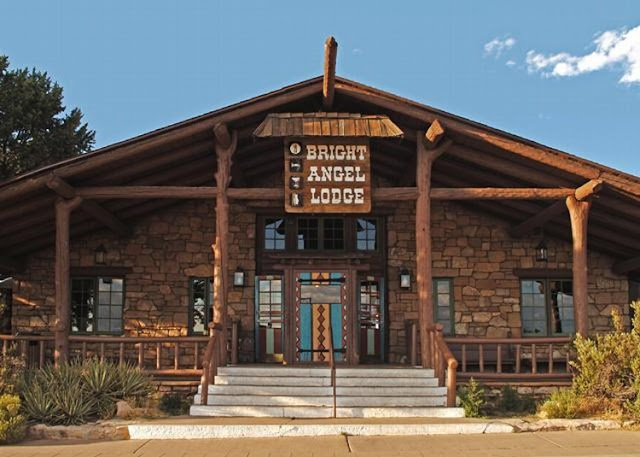 The town of Tusayan is located 7mi from the entrance to the National Park. It's a great option for those who cannot stay in the Grand Canyon Village. The city has many restaurants, shops that sell souvenirs and a lot of basic and cheap hotels. It is also the place where the National Geographic’s visitors center is located, a place that offers tours and expeditions through the Grand Canyon and stores that sell tickets to enter the park. Available hotels in Yusayan are the Holiday Inn Express, Grand Canyon Plaza, The Grand Hotel, Best Western Grand Canyon Squire Inn and Red Feather Lodge. 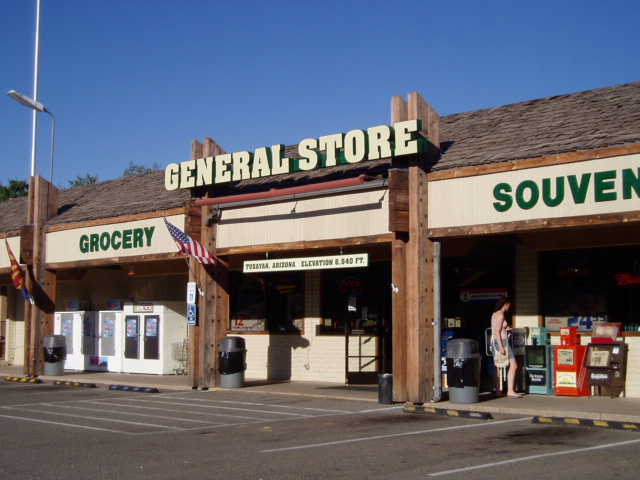 The trip from Las Vegas to the South Rim of Grand Canyon is very beautiful and has many attractions along the way. The trip takes about 4 hours, but you probably will take longer stopping in places. After walking 34mi, you will see the enormous Hoover Dam, which supplies water to the entire city of Las Vegas and is a huge and beautiful construction to see. The drive to the Grand Canyon is simply inexplicable. 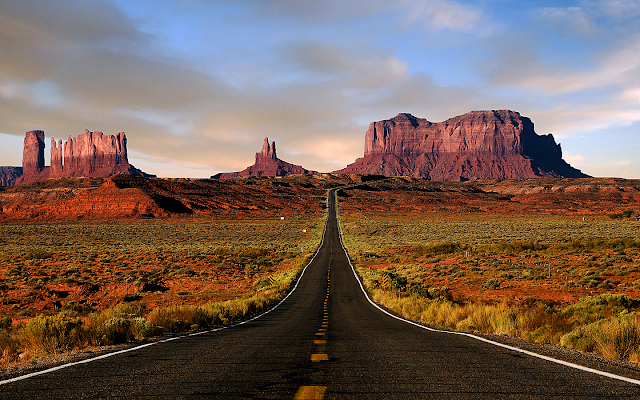 At 53 mi, stop in the town of Peach Springs to see the Grand Canyon Caverns, which has visits scheduled every 30 minutes. On the road again, which is beautiful and very well built, after driving for more 42mi you will reach the town of Seligman, a charming town, like the ones you see in old western movies. Walking further 42mi is the city of Williams, which is also a good option to stay. And 37mi later you will arrive in the town of Tusayan. At this point you will already be close to the National Park. 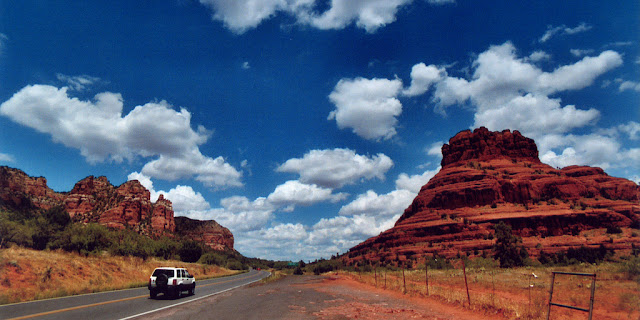 We found an amazing place that sells various types of tours to the Grand Canyon. For those who have conditions, there are really cool helicopter rides, which are amazing, but they are more expensive, around $ 400 per person. But for those who want to save some money, you have the bus tours, which are excellent and cost an average of $ 200, all included, including lunch. The most purchased are the "Grand Canyon South RIM VIP Tour" that goes up to the biggest part of the Grand Canyon (the southern part), which is further away, but it is more beautiful, and "The Grand Canyon West RIM & lunch," which is an hour and a half closer (eastern part) and has the famous glass walkway. Both are incredible tours and it depends on the preferences of each person. It will be reliable companies that pick you up at the hotel and take you there, and the tour has all included, such as lunch. Just enter the website below and look for these names we mentioned about the rides. Many tourists do not know yet, but it is the official website Las Vegas and the biggest tickets seller of the world. As the official website, they have tickets for ALL the shows, attractions, tours, parties and restaurants you can imagine and the prices are much cheaper than buying there on site or with any travel agency.

You find tickets for Cirque du Soleil for up to $ 70. We bought the helicopter ride to the Grand Canyon and even tickets for parties and restaurants, and it was very worthwhileit. It works very well and their service is great. The website is American, so you need to have a credit card enabled for international purchases. Click here in the Official Website of Las Vegas and check out the enormous amount of shows and attractions that they have and how the prices are eye catching. There are several options of tours to the Grand Canyon and each has a length of time, included meal other options.